The Philadelphia Inquirer’s feature story about PSP-supported MaST II and MaST III charter schools concludes by stating, “If only every school in Philadelphia could offer students as much [as they do].” PSP provided grants to both MaST II, which opened its doors for the 2016-17 school year, and MaST III, opening this school year, to increase the number of seats available in great schools. As the Inquirer points out, it is not surprising that the seats in MaST II and MaST III are in high demand by families seeking the opportunity for a better education, with over 16,000 applications for only 1,100 open seats for the 2019-20 school year across both schools.

The story also notes the quality of the new school designs for MaST II and MaST III, as well as two other recently opened PSP-supported charter schools—Wissahickon Charter Awbury Campus and String Theory School Network—ups the game for public education in Philadelphia.

Read the highlights of the Inquirer’s feature story below.

August 29, 2019It’s hard to believe, but it’s been two decades since the first charter schools opened in Philadelphia. In the early years, those newly minted institutions tended to burrow into buildings that had seen better days — shuttered district schools, Class B offices, old car dealerships. Their main attraction was supposed to be their educational approach, not their facilities.

Maybe that’s why it doesn’t feel right calling the two new locations that MaST Community Charter will open this fall in Northeast Philadelphia “schools.” Set on lushly landscaped, amenity-packed campuses, they might be better described as total educational environments. Whatever you think of the charter movement, the quality of the new designs ups the game for public education in Philadelphia.

MaST II in Tacony, which began holding classes this week, occupies a rise overlooking the Delaware, on what was, until 1986, the home of the Dodge steelworks. Although the surrounding area remains largely industrial, it’s easy to forget where you are when you look out the windows of the soaring, second-floor media center. Freshly sodded playing fields fan out toward the water and the lacy Tacony-Palmyra Bridge rises up in a grand jeté as it leaps across the river.

MaST’s second new campus, called MaST III, may be even more impressive. The school, which opens Sept. 16, took over the former headquarters of Crown Cork & Seal, a Fortune 500 company that quietly slipped out of town last year.
…

“Whatever you think of the charter movement, the quality of the new designs ups the game for public education in Philadelphia.”

If you haven’t heard of MaST — which stands for Math, Science, and Technology — it happens to be among the best-rated schools in Philadelphia. While not at the level of Masterman, the district’s top performer, it was one of two Philadelphia schools (along with McCall Elementary, a district school) to receive a National Blue Ribbon from the U.S. Department of Education in 2017.

Those campuses bring the number of MaST locations to five and will allow its student population to grow to 4,500, the size of some suburban districts. The amenities that students will find at the new campuses are on par with many of those suburban schools, too.

In the last few years, several other Philadelphia charter schools have acquired sparkling new buildings. String Theory has established several locations, including one in the former SmithKline office building on Vine Street. Wissahickon Charter built a handsome building near Awbury Arboretum in Germantown. What MaST’s new locations have is land, lots of land.
…

“[MaST III will] take half its students from four disadvantaged neighborhoods: Frankford, Olney, Logan, and Tioga. Swoyer said he expects MaST to end up with a student mix that is roughly equal parts white, black, Asian and Latino, making it more diverse than many Philadelphia schools.”

Even though MaST’s Crown campus sprawls across 41 acres, the entire project cost $34 million (including the $13.7 million to buy the property). For comparison’s sake, the school district is spending $50 million to construct a new Solis-Cohen school in Northeast Philadelphia. Solis-Cohen also sits on a large site and will have ample outdoor space, but it is costing more partly because of state-imposed bidding rules. That building, which will house grades K to 5, will have just 140,000 square feet of space, about half of MaST III.

One of the reasons that the school district has encouraged MaST’s expansion is that it can help relieve the overcrowding in Northeast schools, which are bursting at the seams thanks to a neighborhood population boom. MaST has been criticized in the past for being too white, but Swoyer says it is working on achieving a better racial balance. Under the terms of its charter, the Crown campus on Roosevelt Boulevard is required to take half its students from four disadvantaged neighborhoods: Frankford, Olney, Logan, and Tioga. Swoyer said he expects MaST to end up with a student mix that is roughly equal parts white, black, Asian and Latino, making it more diverse than many Philadelphia schools.

Those students will likely have to endure a long bus journey to both MaST schools. But when they arrive at its Tacony and Crown schools, they will find themselves in places where the opportunities are as vast as the campuses. If only every school in Philadelphia could offer students as much. 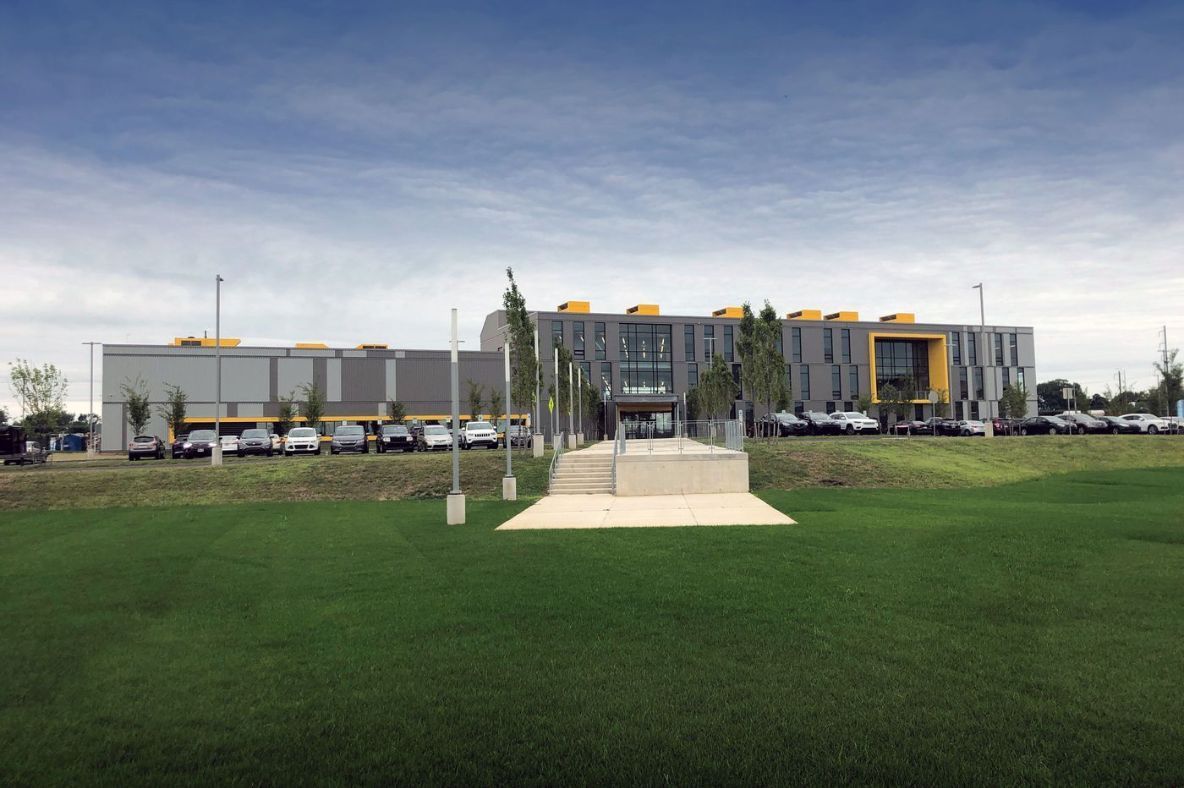 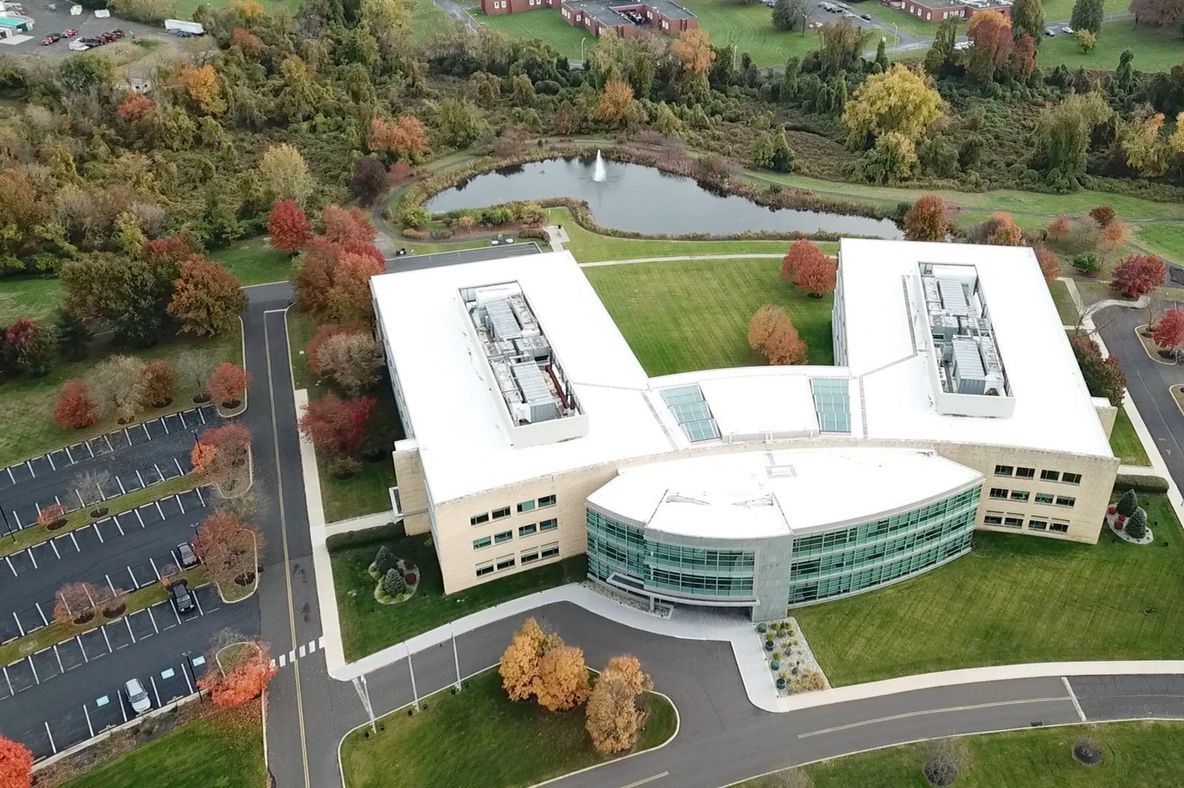